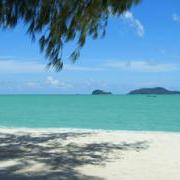 The Westin Siray Bay Resort & Spa Phuket will officially open in August 2010. To mark its debut, the resort is offering rates of THB2,010++ (USD62++) per night for a Superior Sea View Room. This low rate is valid for bookings until 30 September for stays between 1 August and 31 October 2010.

The Superior Sea View Room features a private balcony, an iPod docking station and Westin’s signature Heavenly Bed. Rooms on the ground level have access to the swimming pool and private plunge rooms.

The 261-room resort overlooks Siray Bay and has a private beachfront location. Siray Island is off the east coast of Phuket and can be reached via a bridge linking them. It is 45 minutes away from the Phuket International Airport. The resort has six restaurants and bars, as well as a host of activities and services for guests to indulge in.

To enjoy the opening rates, visit the hotel’s website. Enquiries can be directed to westin.siraybay@westin.com or (66) 76 335 600. 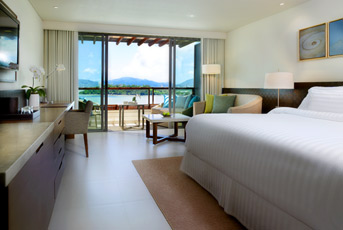