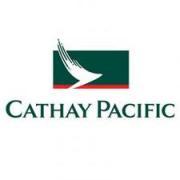 Once the ticket has been issued, changes cost CAD50 (USD47) and cancellations cost CAD200 (USD190) per passenger. Promotional fares are non-transferable and non-reroutable. Asia Miles can be accumulated for these flights. The maximum stay is 6 months.

Cathay Pacific Airways is the flag carrier of Hong Kong and this city serves at the hub for travel between North America and the rest of Asia. Cathay Pacific is a full-service airline and fares include on-board entertainment, meals, and a checked luggage allowance of 20kg for economy class passengers.

Promotional fares can be booked online at http://www.cathaypacific.ca/.